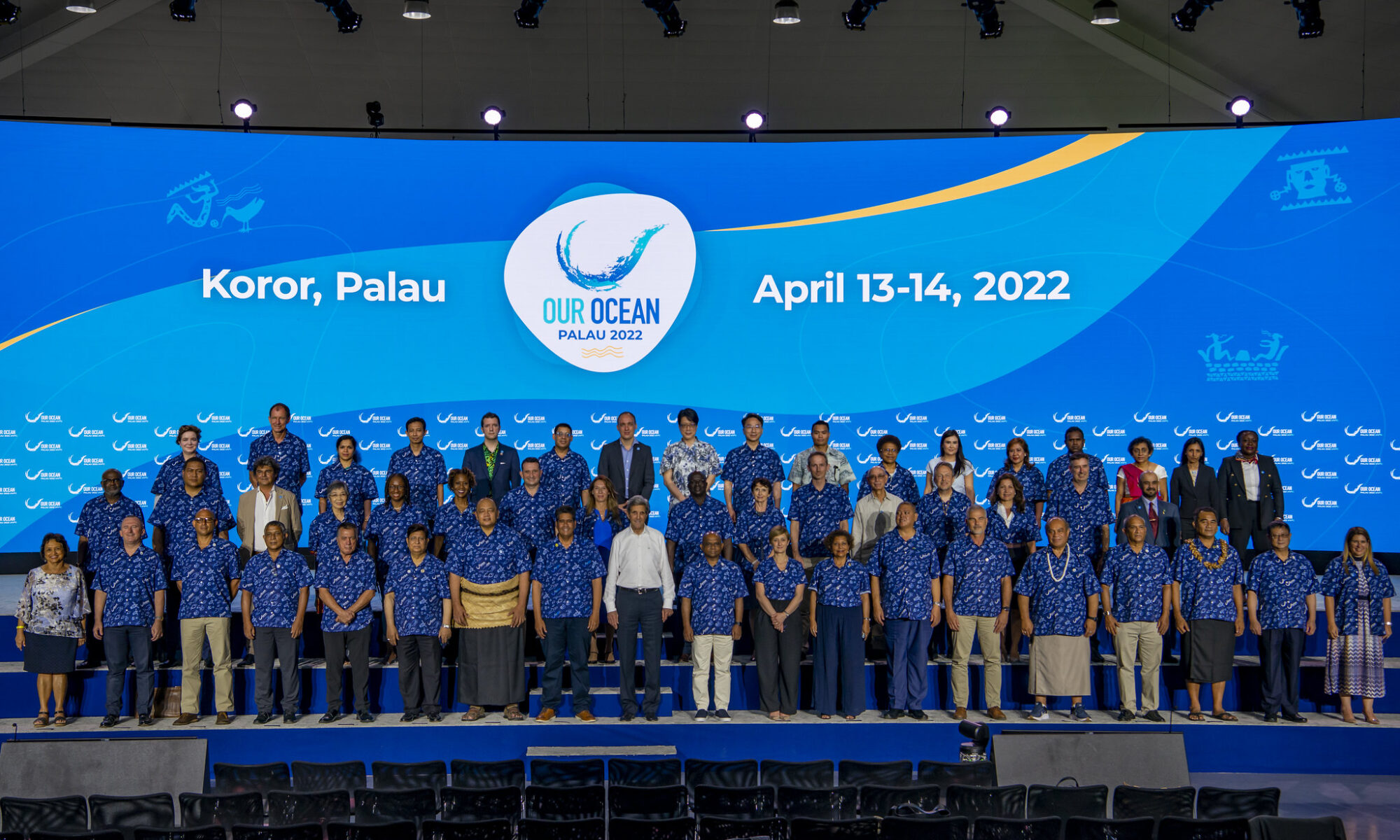 Guam contributes to sustainable future dialogue at Our Oceans Conference 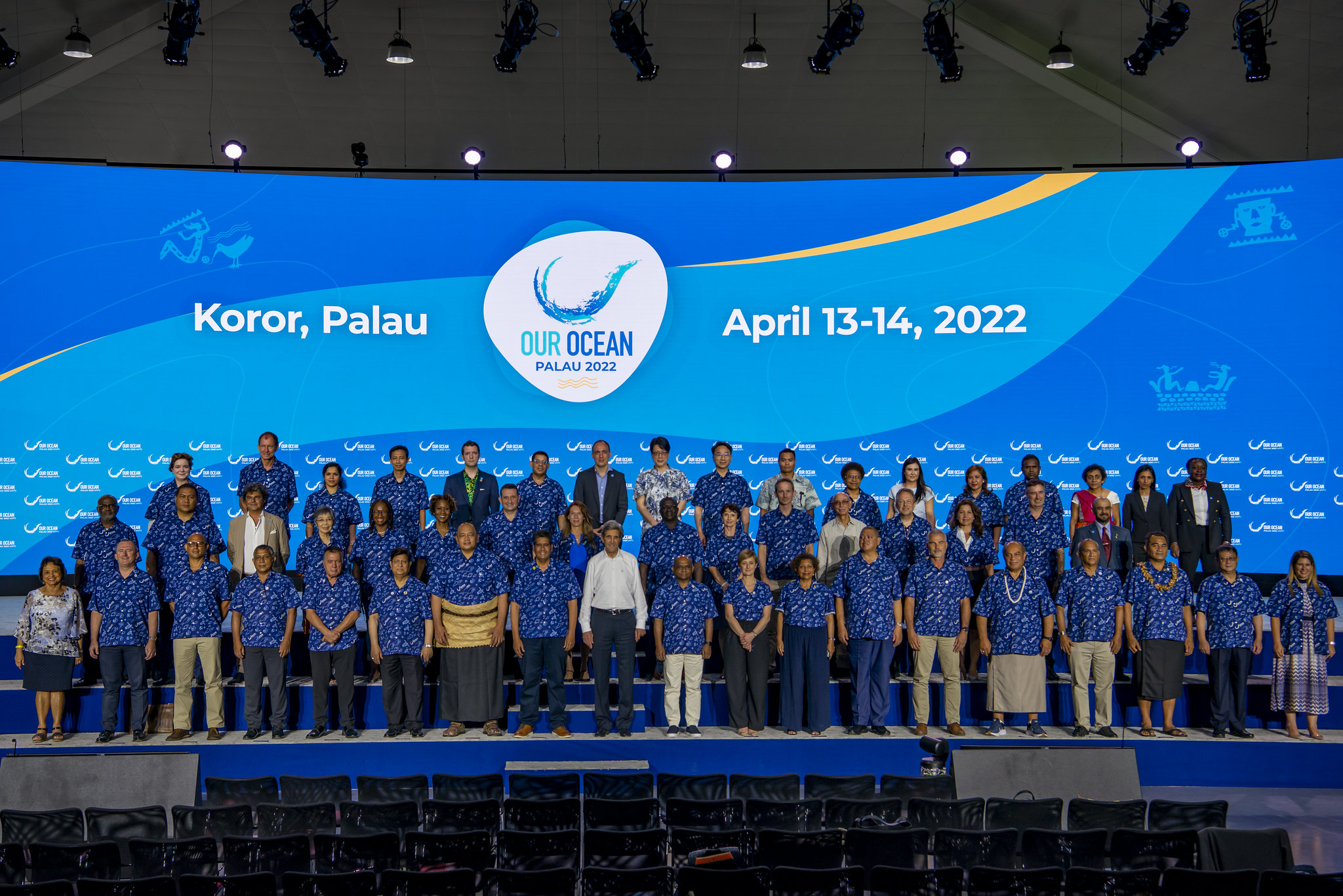 Guam’s position as a leader in the worldwide sustainability movement was evident at the Our Oceans Conference in Palau.

The conference hosted by the Republic of Palau and the United States consisted of five days of panel presentations, featured speakers and side events.

The Guam delegation attending the conference consisted of Governor Lou Leon Guerrero, longtime environmental advocate and the Governor’s Chief Advisor for Military and Regional Affairs, former Senator Carlotta Leon Guerrero along with members of the University of Guam Center for Island Sustainability and Sea Grant and Guam NSF EPSCoR.

“The bottom line is, through the (United Nations Sustainable Development Goals) we are creating a sustainable community.” said Leon Guerrero. “Through these goals, we are going to lift people from poverty. We are going to try and eliminate hunger. We are going to have a better educated workforce. These are all the ingredients for a better quality of life for all of us.”

Kerry noted the importance of regional leadership taking part in the efforts for worldwide sustainability and to protect our oceans.

“It is fair to say that the ocean is our lifeblood, 51% of the oxygen we breathe comes from the ocean. So much of the food we eat, so many of the livelihoods that are provided to people come from the ocean,” explained Kerry.  “We need the full-throated voice of the island states because you speak with a particular moral imperative, a particular capacity to be persuasive. We need you to make the difference.”

Guam was also represented as the governor was a featured panelist at a side event coordinated by the Micronesian Challenge, a groundbreaking commitment by the leaders of the five jurisdictions of Micronesia – Federated States of Micronesia, Palau, Republic of the Marshall Islands, Guam and the Commonwealth of the Northern Mariana Islands.

The Micronesian Challenge recently expanded their goals and now moves to effectively manage 50% of marine resources and 30% of terrestrial resources by 2030 after realizing great progress up to their first deadline in 2020.

“We feel like we are isolated out here and we just have each other to work with,” explained Leon Guerrero. “I do believe strength in unity and us having one voice is going to move us into success.”

Director for the University of Guam Center for Island Sustainability and Sea Grant Austin Shelton was a featured panelist in a special event hosted by the Local2030 Islands Network, of which Guam is a founding member, aimed at highlighting the successful use and implementation of a progress dashboard used by Hawaii Green Growth and recently launched with Guam Green Growth.

“Together with other islands around the world, we are tracking our local actions on sustainability through the island-wide Guam Green Growth initiative. The public and transparent G3 Dashboard demonstrates to how Guam is contributing to a global sustainable future,” said Shelton.

At the special event, it was also announced that the Government of Palau is committed to launching their own Palau Green Growth dashboard in alignment with Guam and Hawaii in hopes of sharing information and developing solutions across the network.

While heads of state, conservation leaders and sustainability activists from the biggest countries and governments around the world took to the main stage during the conference, the voice of University of Guam student and the founder of Deep Pacific Collective of Pacific Peoples Kalani Reyes, a youth delegate selected for this year’s conference, commanded the attention of the audience.

“I’ve made it a part of my life’s mission to advocate for and with the young people of the Pacific. To believe in their power through hearing other islands speak of their experiences especially in my home islands of the Marianas,” said Reyes.

Reyes closed her featured speaker presentation calling for the formation of a group to continue the focus on and expand youth inclusivity in future conferences.

“We propose the formation of a taskforce of previous Our Ocean youth delegates that facilitates the further integration of young people,” urged Reyes. “This will ensure the continuity and passing of knowledge from conference to conference and youth inclusion in the dialogues and decision-making processes.”

According to the conference website, the Our Oceans Conference closed with 410 commitments worth $16.35 billion across the six issue areas of the conference from countries, organizations, and attendees.

Full videos of panels and presentations can be viewed at https://ourocean2022.pw